Today is a sad day for Mozilla, not just for the Italian community but for the Mozilla Community as a whole. We just learned that Giuliano Masseroni, aka jooliaan, passed away last night.

jooliaan, even if he hasn’t been active for a few years, had a crucial role in the growth of the Italian community and the creation of the legal association known as Mozilla Italia, as Vice President first, then President, and administrator of the local support forum. If you’re using Firefox in Italian, or seeking and getting help on the forum, it’s also thanks to his work and dedicated contribution.

Today we’re sharing in the pain of his family and friends, remembering a person, a friend, who’s given a fundamental contribution to the history of the Open Source in Italy and Mozilla, and to our own lives. 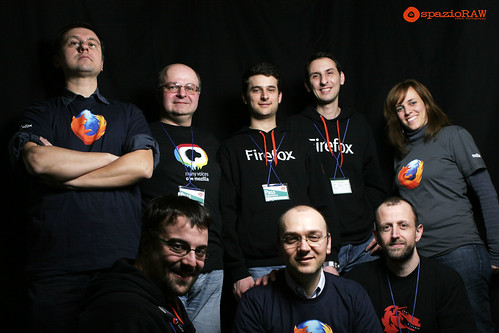 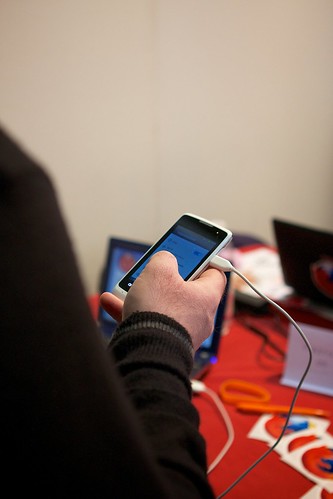 As already happened in the past on this blog, this is a guest post from my friend Iacopo Benesperi (iacchi), a long-standing member of the Italian Mozilla community. I agree with him that we’re living hard times, what’s happening inside our (small) community is probably happening elsewhere. And if it’s not clear, this post is here because we still care about Mozilla and its future 😉

In this last year Mozilla has lost many people but many, many more are the ones who are just an inch away from leaving; people who stay because they care so much about Mozilla and the Manifesto, who think that they can still fight to push everything back on the right path, on what they believe is the right path.
I won’t say here what’s wrong and what should be done, it’s all written already. What I will say here is that if you keep going this way, when (not if) all the people mentioned above will leave Mozilla, or stop believing in it, you may even be able to keep working somehow; but from that moment on, every success (what you consider as a success, anyway) you’ll get, if you will get some, will be a Mozilla Company success, the Mozilla Project being dead already. You’ll may even be able to win the browser war in the future, going on this way, but you’ll have lost your soul in the process. As usual, the entire set of photos of the Italian Firefox 3.5 Party is on Flickr.

This is the presentation we did, as Mozilla Italia, during the first great EU Intercommunity Meetup in Geneva.

In the last year I joined several Mozilla meetings – Whistler and Barcelona in 2008, Fosdem and Geneva in 2009 – and I feel that this last one in Geneva had the best format in terms of “productivity”: few people, around 20, with common experiences and problems can really try to identify and solve problems.

I have a lot of things to think about for the next months: localized Litmus (and localized tests) to expand the local QA community, how to reproduce in our site the “tasks” used by the Mozilla Hispano guys to track unfinished or new works, effective ways to involve new contributors (see also the previous post).

This post will probably end up as a stream of disconnected thoughts more than a well structured analysis, but it’s something that has bothered me for months and it’s quite difficult to choose a starting point and not to get lost in the middle.

The problem is easy: is your local Mozilla community growing? If not, what are you doing to involve new people in the project?

I started contributing to the Italian community at the very beginning of 2004 (the community was just born), trying to help other people as a simple user on the local support forum.  Soon I became a moderator and then an administrator of the forum, after that I started working also on localization: first the integrated Firefox help, then web projects (Mozilla Europe, AMO) and now also software products (Firefox and Fennec).

It’s more than five years of active contribution to the Italian community. Why? Since I liked what Mozilla was (is) giving to me for free – Firebird and Mozilla Suite at that time – I wanted to give something back to the project: since I’m not a programmer but an advanced user, fond of my language, I contributed with support and localization.

If that was possible for me and a lot of the current contributors of the Italian community, why is so difficult to involve new people? Not counting that older contributors can stop helping for different reasons (personal, work, change of priorities), while the number of projects to maintain keeps growing.

Honestly, for what I saw in the last year I’m not very confident about the future and that’s why I keep asking to myself: how can we change this trend? Looking forward to discussing these issues during the upcoming community-meeting 🙂 You can see on Flickr the complete set of photos that I took yesterday at Fa’ la cosa giusta in Milan (Italy).

It was a real pleasure to see again in person the other guys from the Italian localization project (we are spread all over the country, so it’s quite hard for us to meet all together in one place), and also our international guest William 🙂

Thanks to all for the great fun day!